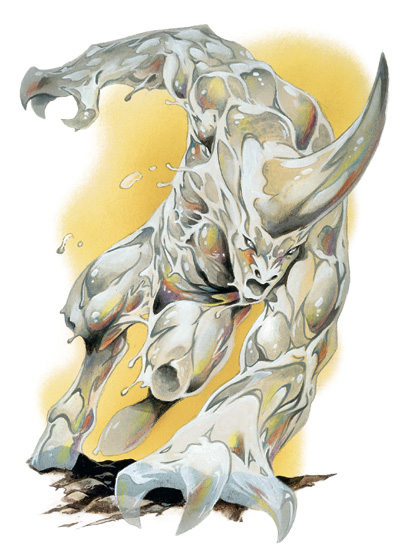 Ecto-Suit (Same Size As You or Larger)

If the astral construct is of the same size category as you (or larger), you may choose to form it entirely around your body with holes for your face and arms. The astral construct retains its own arms and threatens the squares around it as if you weren’t inside of it.

In this form, you cannot yourself take actions that require moving to a different square since it completely covers your legs and feet (move-actions that don’t involve changing your square, such as using the Psionic Meditation feat, aren’t restricted). Instead, the astral construct can take those kinds of move actions for you on its initiative (which is always the same as your initiative anyway). Like an ecto-appendage, you and your possessions count as one-quarter their weight for encumbering the astral construct.

Your hands and face are still exposed and you are free to use effects which require those be free with no loss of dexterity. However, retrieving something from inside the body cavity that would normally take a move action instead takes a full-round action that doesn’t provoke an attack of opportunity. Anything that would require a free action to retrieve instead takes a move action that doesn’t provoke an attack of opportunity. Enemies must make called shots to hit your head or arms directly.