(See also, the improvements to the 5-foot step)

I use Euclidean distances for movement specifically, while I use a ruler for 2D ranges (center to center, rounding down to the closer 5-foot increment like shown on the grid below), and a protractor for standard D&D 53.13° cones (circular sectors with height = chord) and 90° quarter-circle arcs. Just like it says in the SRD, you can’t move diagonally past (through) a corner (half of a wall is in the way). You can move diagonally past a creature, even an opponent. You can also move diagonally past other impassable obstacles, such as pits. 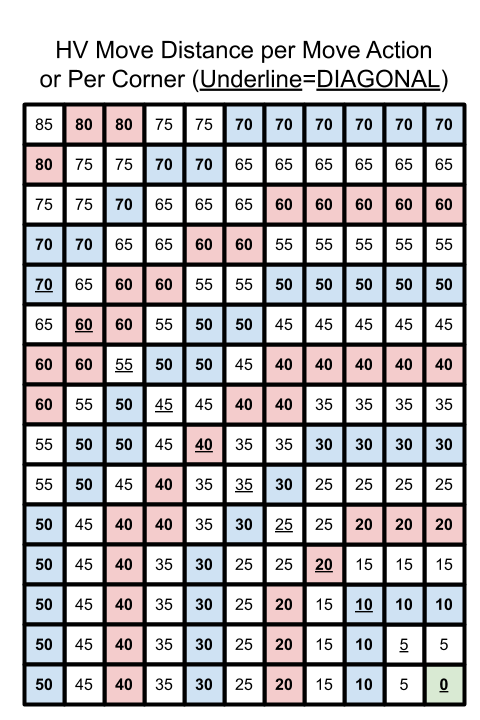