One of the greatest innovations in Hyperion society was a method to wirelessly distribute power to Hypertech devices. This technology, called the “Dome-Weave”, enables all manner of modern (by our standards) and futuristic electronics (such as laptops, cars, elevators, etc.) to operate without possessing a battery or other source of power. The Dome-Weave also enables those devices to access an equivalent to our “internet”.

Weave Towers speckle Hyperion settlements and cities, providing overlapping comprehensive coverage with multiple redundant systems so that no one is without power or internet access. Each one is effective for miles in any direction (even through substances that would normally block a signal, such as stone or lead).

An Anti-IC torc is a device that shields the wearer from the real-world physical damage caused by most forms of Black IC that exist in cyberspace. When such an attack would do damage to the wearer, it instead does some or all of its damage to the torc (bypassing any hardness of the torc itself). The effectiveness of the torc (and the kinds of Black IC shielded against) varies depending on which one you buy, and regardless of which one you buy they’re almost always classified with Illegality Code C. An anti-IC torc occupies the neck body slot.

In response to the need for a mundane power source that could adapt to the needs of the populace, Master Gnome Artificers developed the technology for shapeshifting batteries. Batteries are entirely mundane, and are not magical or psionic in nature. In their normal form, they appear as small dull gray cylinders, but when placed inside of an object that needs a power source, they change shape to meet the needs of the object. For example, if you place a battery inside a mundane lantern, it changes shape and function to be that of a pint of oil until removed from the lantern (at which point it returns to its normal form).
Batteries come in “A”, “B”, “C”, and “D”-sizes for capacity, and only operate in basic mundane objects. Regardless of what the batteries power, in-general…

After a battery’s power is fully consumed, it returns to its original form once removed from the object. Batteries absorb solar energy when exposed to sunlight while not inserted, and recharge fully in twice the amount of time as what has expended. Many electronics are “inefficient” (requiring more batteries of that type) or “superefficient” (either 2X, 5X, 10X, or 100X) meaning they’ll last that much longer non-stop with their specified kind and quantity of batteries. 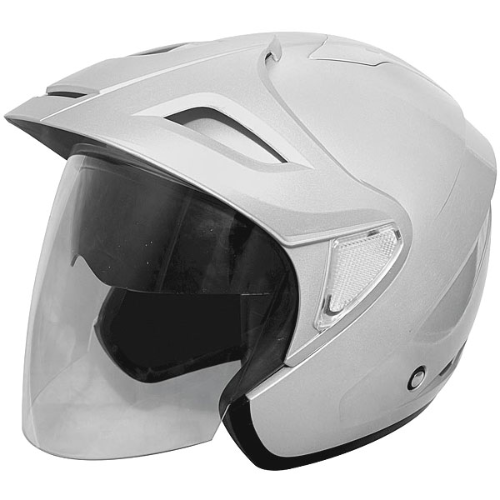 Biological Hyperions and non-Hyperions must use a controller to access cyberspace. A controller is a device that looks like a helmet with clear glass visor, and occupies a body slot as a helmet. A thin slot on the back of the controller allows the insertion of a memory card. When the controller is activated within 50 feet of a cyberspace access port (this activation is a move action which provokes an attack of opportunity), lights on the exterior of the controller glow various colors to indicate to others how safe it is to remove the helmet, and various displays and other information appear on the inside of the glass visor. The wearer must stay conscious and be within 50 feet of the same cyberspace access port to complete the login process. After 30 seconds, the displays disappear, and the wearer’s mind becomes simultaneously present in both the physical world and in cyberspace.

Hyperions can store an avatar’s data inside their Personal AI, while non-Hyperions must possess a memory card on which to externally store their avatar’s character data. When a memory card is inserted into a controller, it’s locked in-place until manually ejected. Inserting and ejecting a memory card are each move actions that provoke an attack of opportunity but do not require taking off the controller. While the controller is logging onto or accessing cyberspace, the memory card cannot be ejected.

You can also use a controller to access text and media files on an inserted memory card, which are displayed in real-time using the controller’s screen and earphones (controlling this functionality is a mental free action).

Memory cards are the most common way to store and transfer information digitally. Memory cards can store virtually any amount of personal data. Use GM fiat and current standards for real world memory cards to ballpark how much data a typical memory card can actually store. In-general, a memory card can store and transfer a maximum of 10 Photographic Memories (like the Personal AI ability), one hour of non-photographic experiences (including senses, memories, thoughts, and emotions), or one cyberspace avatar (which takes up the entire memory card).

A memory card visually-resembles and is as pliable as an old “5-1/4 inch floppy disk”, although it’s shaped like and is the size of a credit card. Memory cards are typically inserted into other hypertech devices by sliding it into a slot much like a time-punch-card would be, most commonly personal computers and phones.

This handheld computer is about half as powerful as a Personal AI, and possesses the Correspond and Know Direction and Location functions of a hypertech bracer. It can last 3 days outside of a Dome-Weave before recharging. If you have the phone on your person and also have a hypertooth earpiece, you can use its built-in mic and earphone to make calls. A phone can also take photos like that of the Photographic Memory function of a Personal AI, except that no check is needed, it takes a full-round action to take a photo that provokes an attack of opportunity, and it can only store a maximum of three Photographic Memories at a time.